Get Consultation for Free Now 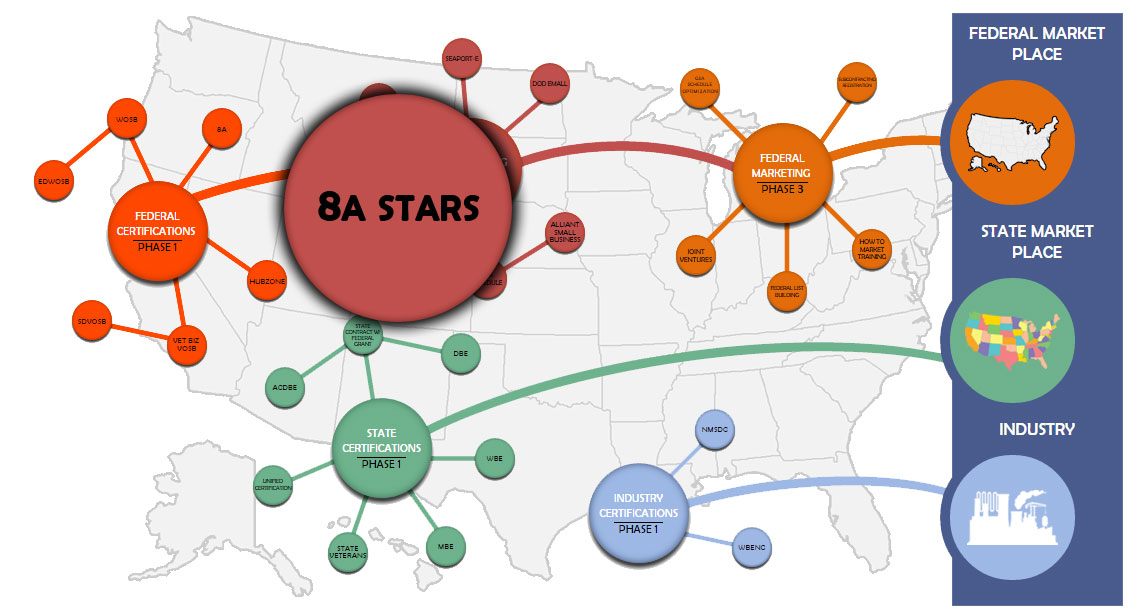 Sources sought has dropped for 8(a) Stars III!

We are currently in the process of scheduling our workload for helping 8(a) firms obtain a place on the STARS III contracting vehicle. This is on a first come, first served basis! Our past experience with our clients who obtained a STARS II contract was that this is a must-have contracting vehicle for an 8(a) firm working in the IT space.
About 8(a) Stars III
Stars III will phase out the aging Stars II GWAC. For the 7-year period from 2012 to 2019, the Stars II contracting vehicle accounted for more than $9 billion in federal sales with over 4,700 task orders issued.
STARS II Stats
STARS III Draft Solicitation is currently on fbo.gov
A significant eligibility factor in STARSIII is a $1M (including option years) past performance requirement for each functional area. To add to that requirement, a proposing firm isn’t allowed to use a past performance contract in more than one functional area and the project must have been performed in the last 2 years or be ongoing with 1 year completed. They have added two additional functional areas this time so they now include:

Sources sought has dropped for 8(a) Stars III!

$10 billion ceiling and a 5-year base period with one 5-year option.

WHY THIS CONTRACTING VEHICLE EXISTS:

8(a) STARS III allows for long-term planning for agencies of large-scale program requirements. This is because an 8(a) firm that has graduated from the SBA program can continue to be awarded contracts, under the STARS III Contracting Vehicles, as if it is still an active 8(a) for the duration of its STARS III contract.

8(a) STARS III allows for directed task order awards to the contract holder for orders under $4 million (including options). Orders greater than $4 million are more commonly competed among the firms that are on the 8(a) Stars II contract based upon the firm’s area of expertise.

GRAPH OF ANNUAL PURCHASING OFF THE 8(A) STARS I AND STARS II: 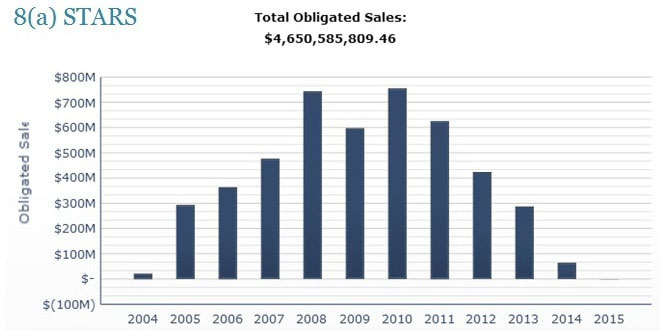 Description:
This webinar will go over who is eligible for the 8(a) program, the benefits of the program, as well as some of the secrets we have found that turn ordinary firms into top federal contractors.

You can register via this online form or give us a call and we can take down your information and have a link for the webinar emailed to you. Call 859-442-3300 and ask for Heidi

The 8(a) Certification is widely regarded as the most transformative certification a business can possess. Routinely businesses entering the program start with little to no federal sales experience and a few years into the program are selling millions of dollars’ worth. Like every other good deal there is a catch. The SBA has a very rigorous application process that according to the SBA’ historical averages only has a 25% approval rate, firms still know best practices for taking advantage of this program, and the program duration for its participants is only nine years.

This webinar is designed for both individuals that are totally new to hearing about the 8(a) program, but goes into enough detail where someone that has prior knowledge about 8(a) through federal contracting can still learn many of the intricacies of the program. If you have interest in the 8(a) program and would like to bring yourself up to speed this is a recommended webinar for you.

Joined ez8a in 2020 and has been consulting clients and hosting webinars due to her vast knowledge of certification qualifications. Emily currently works with our clients to uncover how to best position their company within the government contracting space, offering guidance and engagement with ez8a. Emily's expertise will help you determine what you qualify for and explain how that can benefit your small business.

We're live and ready to chat

Leave us a Message