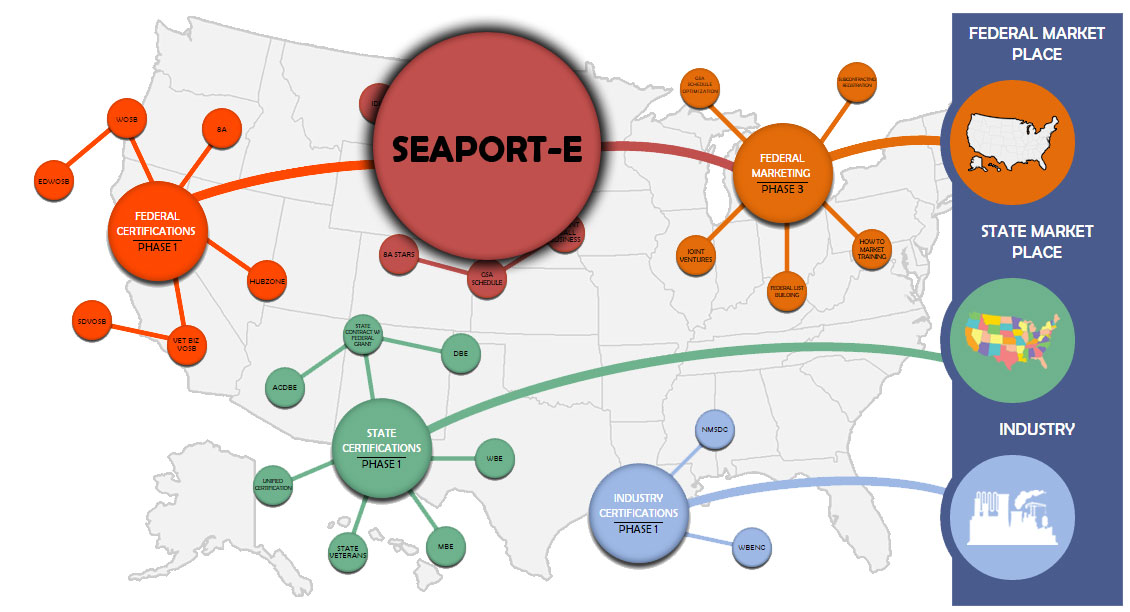 SeaPort-e is the Navy’s electronic platform for the acquisition of support services in 22 functional areas (See list below). Various agencies within the Navy compete their service requirements amongst the 2,880+ SeaPort-e firms which share $5.3B in federal spending. Small businesses comprise approximately 85% of the SeaPort-e contractors, which provides a variety of revenue-generating avenues.
Admissions: Rolling

SeaPort-e Zones: There are seven zones as part of the SeaPort-e contract giving small businesses the ability to support one or multiple zones. 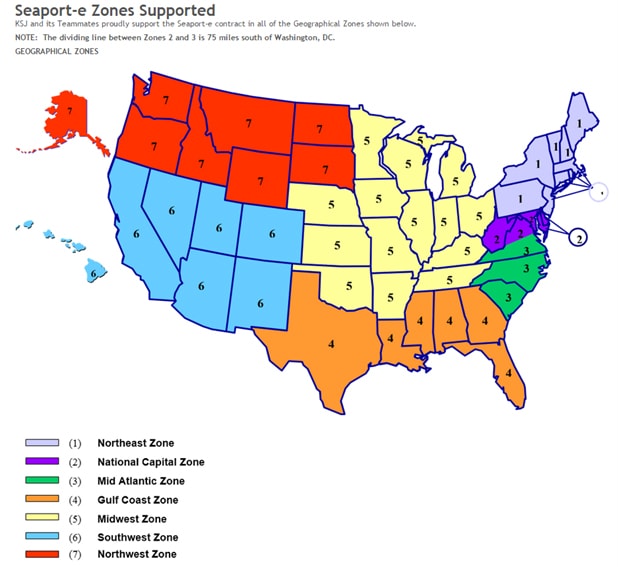